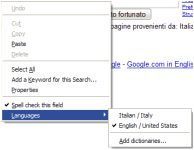 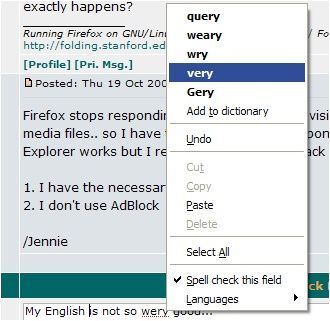 This extension packages a subset of the original English wordlist created by Kevin Atkinson for Pspell and Aspell and thus is covered by his original LGPL license.
The affix file is a heavily modified version of the original english.aff file which was released as part of Geoff Kuenning's Ispell and as such is covered by his BSD license.
I would remember to everybody that this extension provides only a United States English spellchecker, so if you're instead looking for a British English spellchecker, you can get it from https://addons.mozilla.org/en-US/firefox/addon/british-english-dictionary/Please, _DO NOT_ ask for support here. If you need support, post your question to http://forums.mozillazine.org or to http://forum.mozillaitalia.org