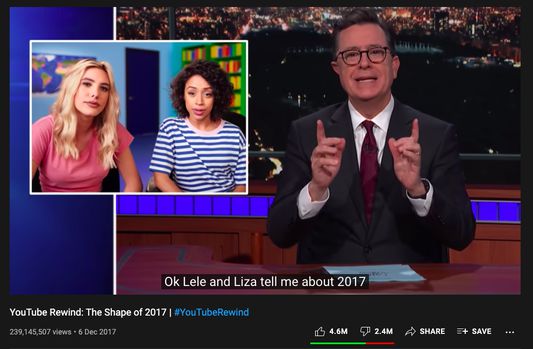 Resurrect the dislike count, enhance your experience with 'Youtube Dislikes Viewer' or more commonly known as 'Yt Dislikes Viewer'.
Yt-Dislikes-Viewer is an extension that permits you to see dislikes on any youtube video for nothing! It also allows you to customize your YouTube experience!

YouTube rolled out the improvement to its UI last week, saying it eliminated public aversions to counter provocation and advance aware connections among watchers and makers. In any case, numerous YouTuber clients and makers have scrutinized the choice, contending that aversion counts give the local area a method for communicating its inclinations just as fast distinguish deceiving and spam recordings advanced by YouTubes own calculation.

That is the reason I chose to make an expansion that will briefly address this significant issue by showing the abhorrence count from YouTube's API toward the front. We are presently filing the meta-data of each video a user watched (we don't follow any user, we simply save the "video id" and "dislike count" of a video and we have chronicled north of 10,000 recordings up until now. This number of minuscule, however alongside this, we are additionally separating meta-labels from Jopik's new information dump which contains information for more than 1,000,000,000 recordings, which is as yet insufficient.

That is the reason alongside this, we are chipping away at integrating with Sponsorblock to use their API to present another rating framework for Youtube, a greatly improved framework truth be told. You can take a look at Github for more information.

"Become a sponsor" button on extension redirects you to our crowd-funding page and cannot be automatic stimulated unless clicked.