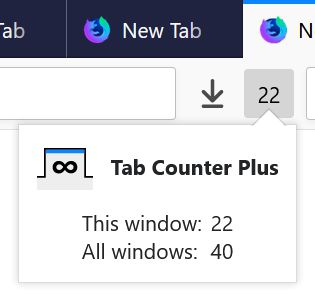 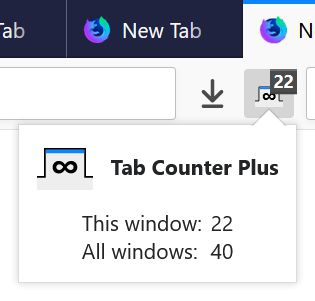 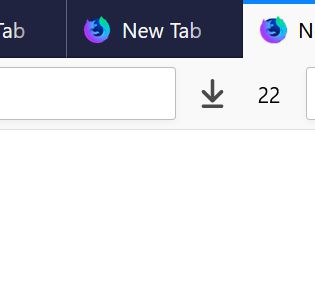 Tab Counter Plus shows the number of tabs in each Firefox window. It's efficient and customizable.

Features
Why another tab counter add-on?
The great Michael Kraft's Tab Counter doesn't work in Firefox Quantum. Some tab counter WebExtensions appeared, but WebExtension limitations made it difficult to create a good tab counter. Therefore, I decided to write my own extension which bypasses the issues as best as I could, and in parallel I started adding new WebExtension features to solve them.

✨ Added window count in the popup.