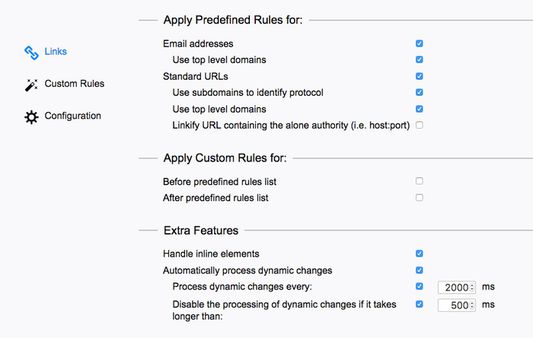 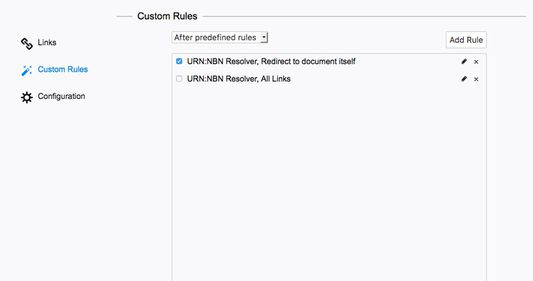 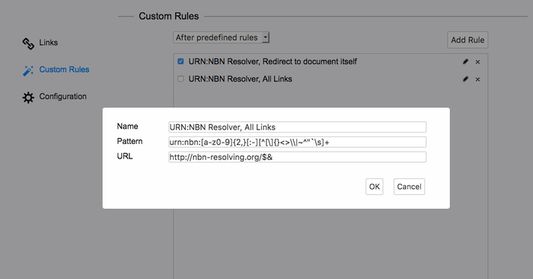 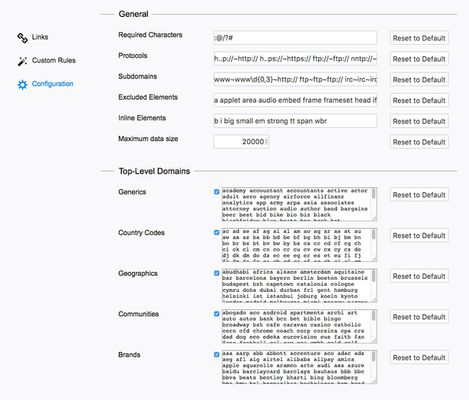 This add-on parses text parts of HTML pages to match hypertext patterns not correctly encoded (i.e. not part of an anchor) and add an anchor to enable a standard mouse click to access the target as specified by the hypertext.

WARNING: The latest update (3.3.0) can results in an unusable add-on. In this case, please uninstall and reinstall Linkificator.

Linkificator was developed from the ground up as so-called WebExtension. This makes Linkificator compatible with Firefox 57 and later. Not all options of the previous version are currently available as WebExtension. As soon as Mozilla implements support for missing functionalities in Firefox, they will be integrated in a future update of Linkificator.
As a result, some features are no longer available:
Compatibility: The extension requires at least Firefox 55. Because the extension makes use of modern web technologies and the latest WebExtension APIs, support for older versions of Firefox is not possible for technical reasons.


Icons by: FastIcon.com and Materiel Design Icons
Localization infrastructure: Crowdin.com
Keyboard shortcuts customization is based on ShortcutCustomizeUI.js
For any bug report or question regarding Linkificator, the preferred method is to send to me an e-mail (see Support E-mail on Add-on page).

Help is welcomed to manage various localization. For that purpose, send-me an e-mail (see Support E-mail on Add-on page) to request translation materials.

For testing purposes, I have compiled a fairly exhaustive list of test cases. Linkificator should recognize each of these, unless otherwise marked.