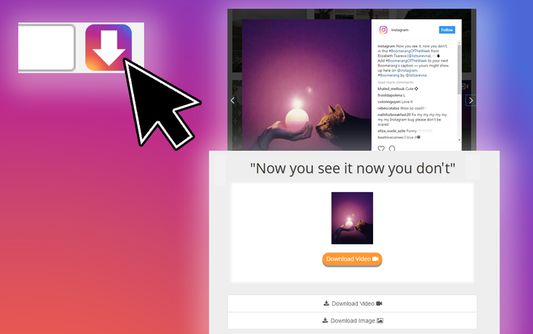 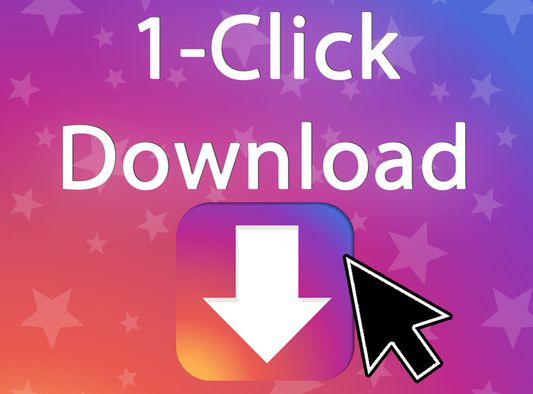 * Save video from in original .mp4 format.
* Save any photo from or set of photos if in an album.

Instagram is a mobile, desktop, and Internet-based photo-sharing application and service that allows users to share pictures and videos either publicly or privately. It was created by Kevin Systrom and Mike Krieger, and launched in October 2010 as a free mobile app exclusively for the iOS operating system. A version for Android devices was released two years later, in April 2012, followed by a feature-limited website interface in November 2012, and apps for Windows 10 Mobile and Windows 10 in April 2016 and October 2016 respectively.

Instagram lets registered users upload photos or videos to the service. Users can apply various digital filters to their images, and add locations through geotags. They can add hashtags to their posts, linking the photos up to other content on Instagram featuring the same subject or overall topic. Users can connect their Instagram account to other social media profiles, enabling them to share photos to those profiles as well. Originally, a distinctive feature of Instagram was its confining of photos to a square; this was changed in August 2015, when an update started allowing users to upload media at full size. In June 2012, an "Explore" tab was introduced, showing users a variety of media, including popular photos and photos taken at nearby locations, trending tags and places, channels for recommended videos, and curated content. Support for videos was originally launched in June 2013, and had a 15-second maximum duration and limited quality, with Instagram later adding support for widescreen and longer videos. Private messaging, called Instagram Direct, was launched with basic photo-sharing functionality in December 2013, and has gradually received major updates incorporating more features, most notably text support and "disappearing" photos. In August 2016, Instagram introduced a "Stories" feature, letting users add photos to a story, with the content disappearing after 24 hours. Instagram added live-video functionality to Stories in November 2016, augmented reality stickers in April 2017, and face filters in May 2017.

After its launch in 2010, Instagram rapidly gained popularity, with one million registered users in two months, 10 million in a year, and ultimately 700 million as of April 2017. Its users have uploaded over 40 billion photos to the service as of October 2015. As of April 2017, Instagram Direct has 375 million active users, while, as of June 2017, the Instagram Stories functionality has over 250 million active users. Instagram was acquired by Facebook in April 2012 for approximately US$1 billion in cash and stock. The popularity of Instagram has resulted in widespread community engagement, including dedicated "trends", in which users post specific types of photos on specific days of the week with a hashtag representing a common theme. Instagram has received positive reviews for its iOS app, and it has been named "one of the most influential social networks in the world". However, the company has been the subject of criticism, most notably for policy and interface changes, allegations of censorship, and illegal or improper content uploaded by users.