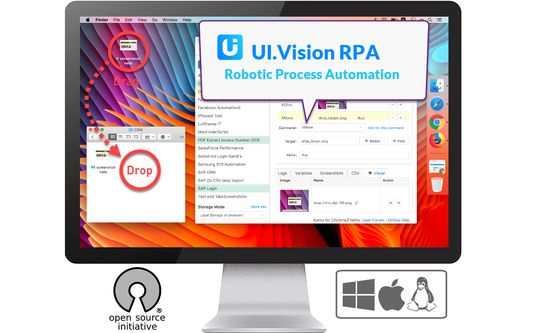 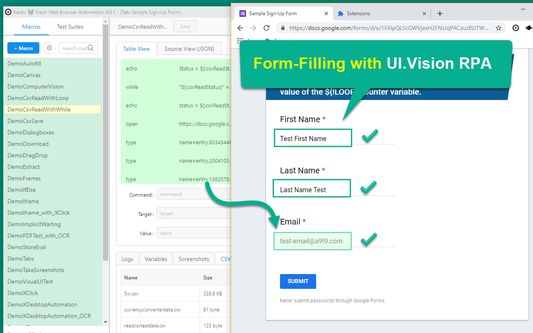 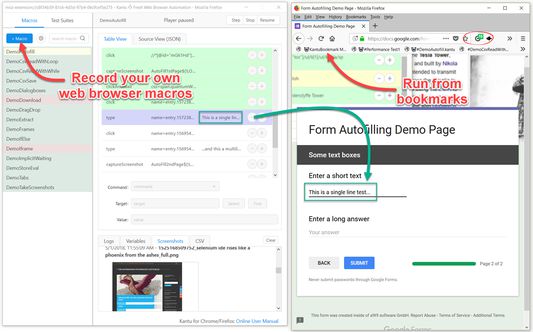 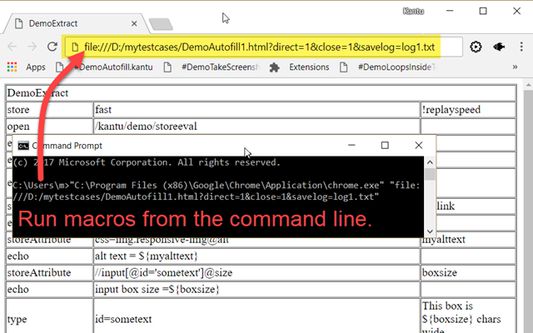 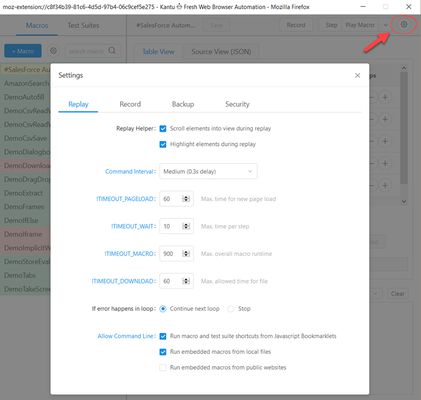 Easy automation for busy people. UI.Vision RPA automates web and desktop apps, so you can focus on your most important work.

UI.Vision RPA is open-source and “lives” in the web browser, but it can do desktop automation as well. It is a universal task and test automation tool that combines the best of classical web automation with modern, AI-powered automation concepts. UI Vision combines 3 powerful tools into one:

UI Vision can resize the browser's window in order to emulate various resolutions. This is particularly useful to test layouts on different browser resolutions, and to validate visually perfect mobile, web, and native apps.

UI Vision can not only see and automate everything inside the web browser. It uses image and text recognition for open-source RPA, desktop automation and screen scraping. UI.Vision RPA can read images and text on your desktop and click, move, drag & drop the mouse and simulate keyboard input.

The desktop automation feature requires the installation of the free RPA XModules. This is a separate software package available for Windows, Mac and Linux. It adds the “eyes” and “hands” to the open-source RPA core.

UI.Vision RPA includes our own open-source implementation of Selenium IDE commands for general web automation, web testing, form filling & web scraping. But UI- Vision has a different design philosophy then the classic Selenium IDE. On the one hand it is a record & replay tool for automated testing just like the classic Selenium IDE, but even more it is a "swiss army knife" for general web automation like screen scraping, automating file uploads and autofill form filling. It has many features that the classic IDE does not (want to) have. For example, you can run your macros directly from the browser as bookmarks or even embed them on your website. If there’s an activity you have to do repeatedly, just create a web macro for it. The next time you need to do it, the entire macro will run at the click of a button and do the work for you.

UI.Vision RPA is intended as an open-source alternative to iMacros, Katalon, UIPath and Selenium IDE, and supports all important Selenium IDE commands. When you invest the time to learn UI.Vision, you learn Selenium IDE at the same time.

UI.Vision RPA includes many features that are not found in the classic Selenium IDE, such as the ability to write and read CSV files (data-driven testing), visual checks for UI testing, file download automation, PDF testing and the ability to take full web page and desktop screenshots.


(API) Integrate with your favorite tools via command line

One of the best UI Vision features for experts is its extensive command line API. This allows you to integrate UI Vision with any application (e. g. Jenkins and other CI/CD tools, task scheduler,...) and any programming or scripting language (e. g. Python or Powershell).

UI Vision web macros can be combined/used with other extensions such as Tampermonkey, Adblock, uBlock, NoScript, Ghostery, Video DownloadHelper, DownThemAll or LastPass.

For developers: The source code of the UI.Vision RPA Core is published under the GPL open-source license.