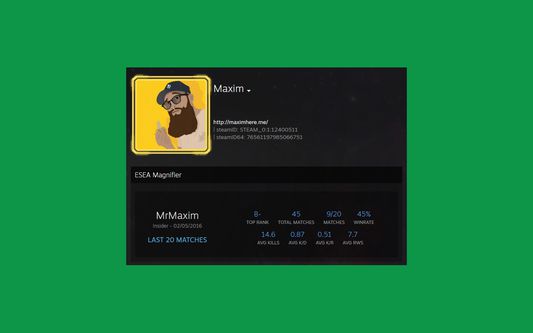 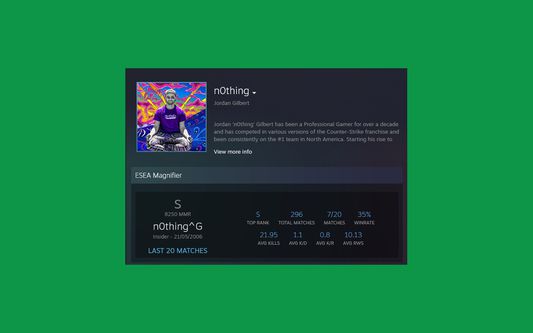 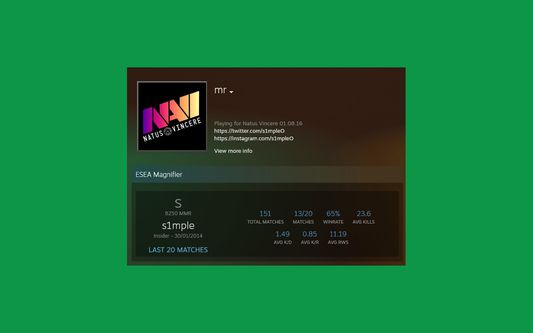 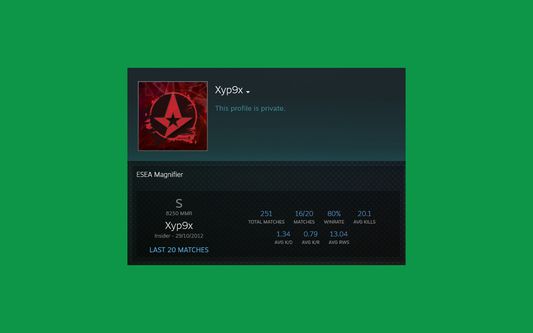 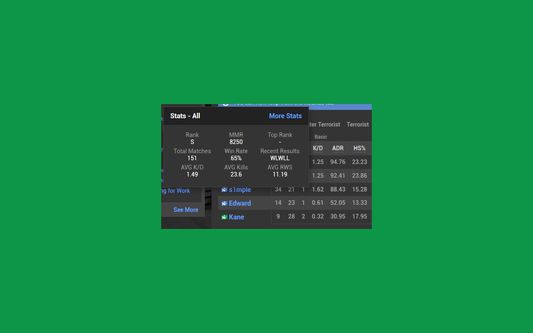 ESEA Magnifier finds an ESEA account linked to the currently viewed Steam account. It then displays a new Steam showcase if an account was found, with a summary of the last 20 matches and some extra info that might be useful.

Version 2.0.0 added a hover view on ESEA to show detailed stats for the selected user.

It also doesn't add your name to their recent visitors on their ESEA account if viewed with the incognito option enabled.

NOTE: ESEA Magnifier is developed independently, and is not officially endorsed by or affiliated with ESEA.

2.3.0
Added local database to cache SteamID for ESEA accounts which makes lookups faster and helps get around always seeing the Cloudflare issue.

2.0.1:
Added support for hovering over club usernames and for forum users with LFT tag.

2.0.0:
Added user hover on ESEA.
Added more details on how many matches are being played above friends.
Added club games in match types.

1.1.2:
Added map type selection.
Removed notifications and moved it to the Steam widget.