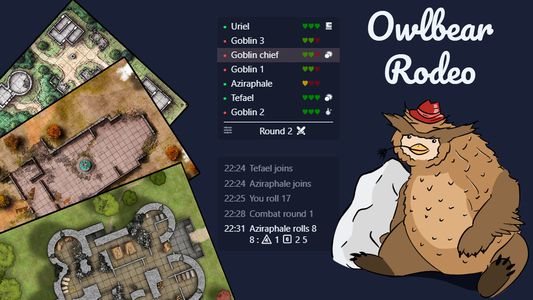 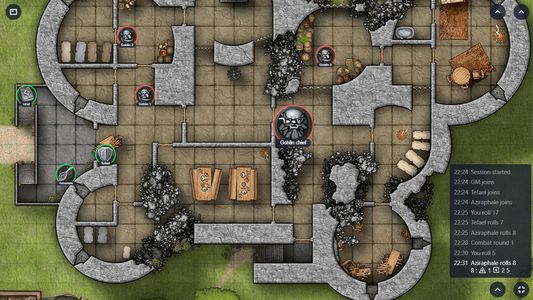 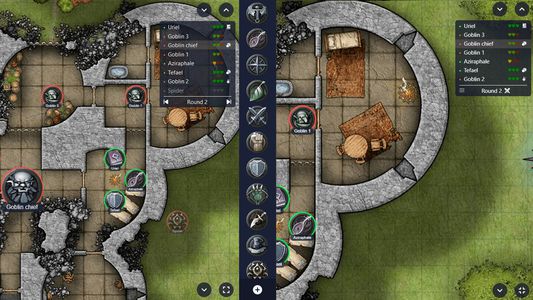 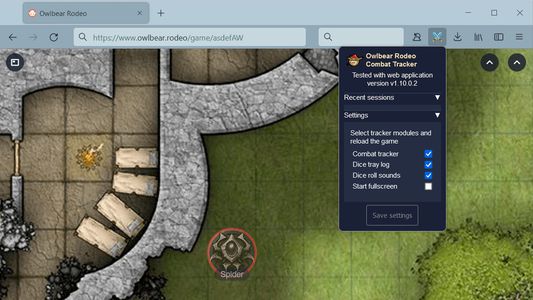 Note: OBR Tracker is developed independently, and is not officially endorsed by or affiliated with Owlbear Rodeo.

Adds small collapsible overlay window to keep track of whose turn it is, and other optional minor stuff like HP, damage and conditions. It takes named tokens from the map and allows assigning them INIT values as well as other data. Then you can switch turns, it will count combat rounds for you. Conditions will automatically drop after set amount of rounds.

Combat tracker should be managed by one player (usually GM) and other players who have the add-on installed and are on the same map can just see the info. They won't see the exact HP values, just general condition & damage done. To initialize combat tracker data sharing, GM needs to create a Note with "!" (exclamation mark) somewhere outside the map.

Adds dice log to keep track of player's dice rolls, with information on what exactly happened and when. It takes the dice values from left panel and puts them to a new small log overlay in the bottom-right corner of the screen. Unlike the native dice panel, it shows individual dice rolls with the timestamp, so no more wondering what dice were cast if the player has multiple dice in his tray.

It also optionally adds dice roll sounds when a dice is cast by user or other players. It also prevents abusing dice rerolls, and makes dice tray collapse on click.

Each feature can be enabled or disabled via extension button. To apply settings you need to reload the page. Extension menu also keeps track of the recent games, and lets you quickly open a recent game or just switch to the Owlbear Rodeo tab if it's already open somewhere.
The extension does not store or use any private user data, neither does it send anywhere any of your data. The only permissions given are: It works only on Owlbear Rodeo pages and doesn't affect any other tabs.