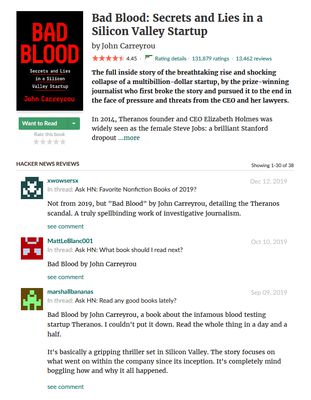 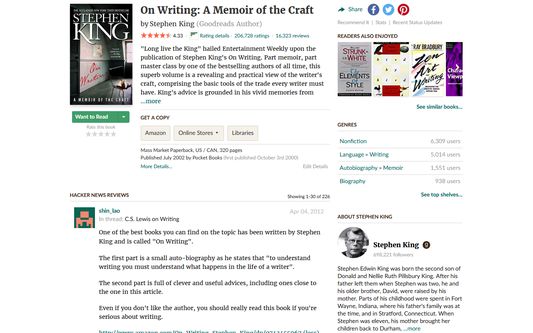 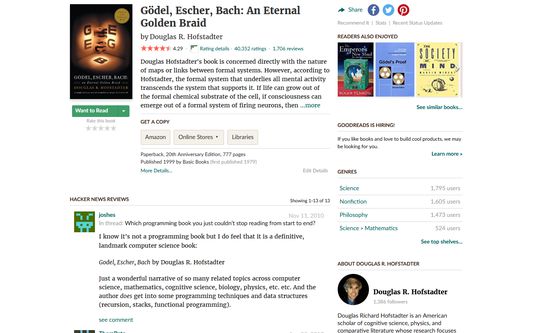 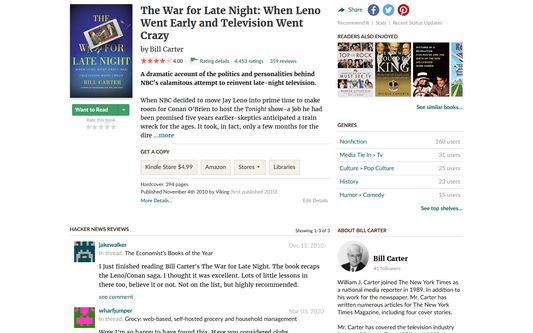 This open source extension has exactly one feature: It places relevant Hacker News comments directly under book pages on Goodreads so that you can quickly find out what other Hacker News users think of them.

This means you'll be able to get a different perspective. I find that Goodreads user reviews tend to be insanely harsh, beat by beat summaries in languages I don't understand. Whereas Hacker News users tend to sell you on why you should or should not read a particular book, in the least amount of words possible.

I've also found Hacker Reads to be an interesting way to parse those impossibly long and rich "Ask HN:" threads — where thousands of Hacker News users can be listing anything from books of the year to books of their lives. With Hacker Reads, these comments will be able to help you prioritize your definitely-more-than-one-human-lifetime-long "Want to Read" list.