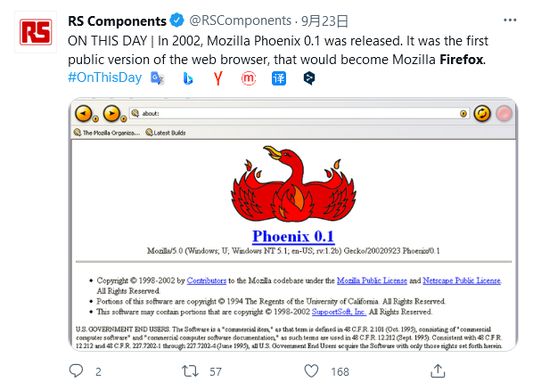 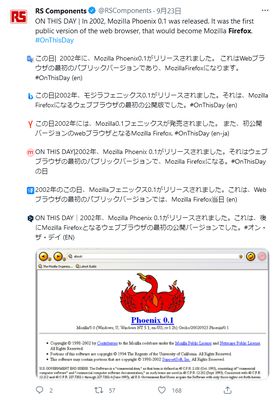 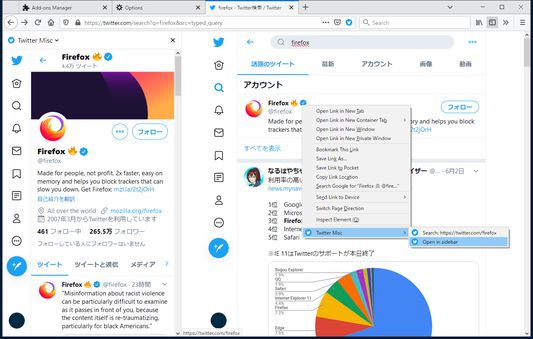 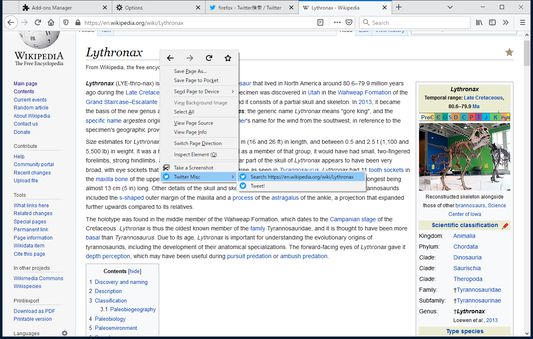 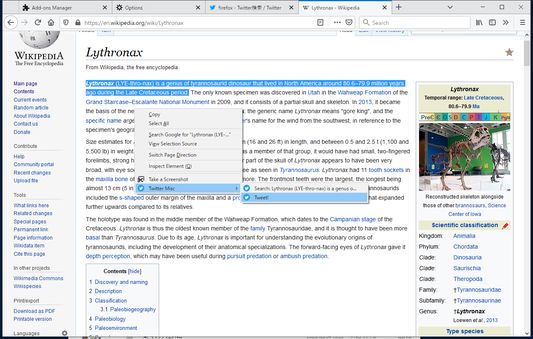 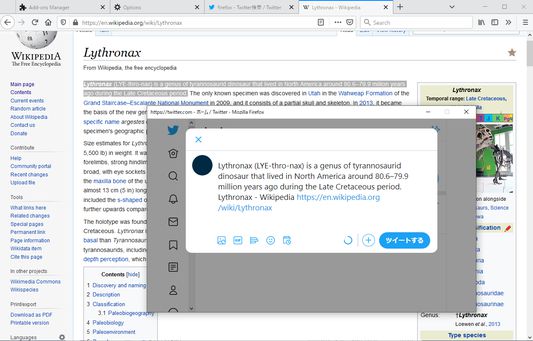 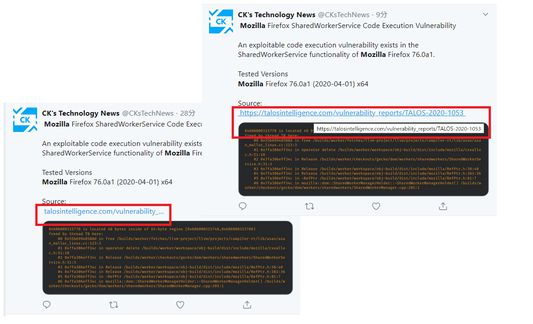 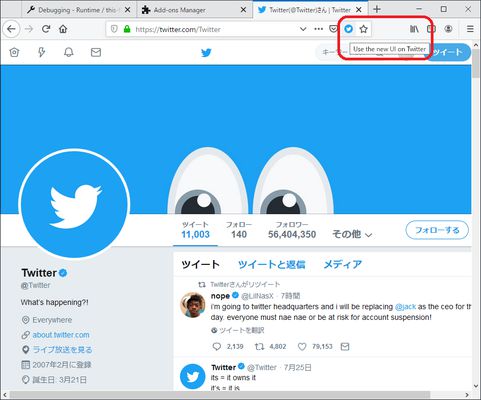 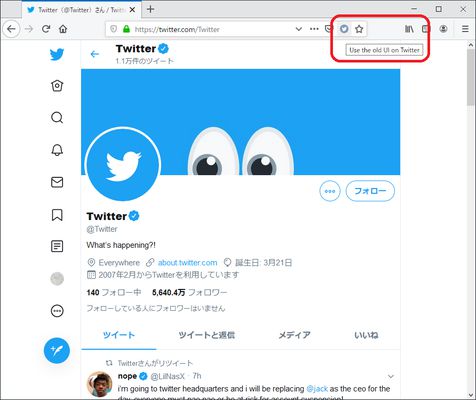 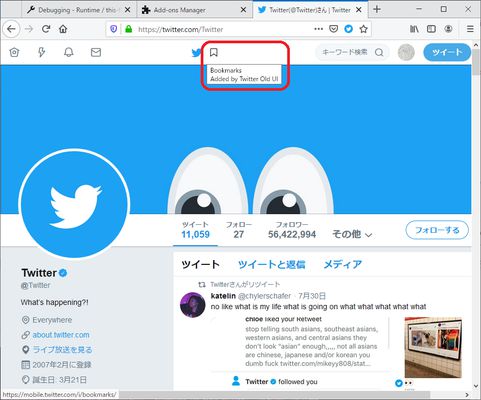 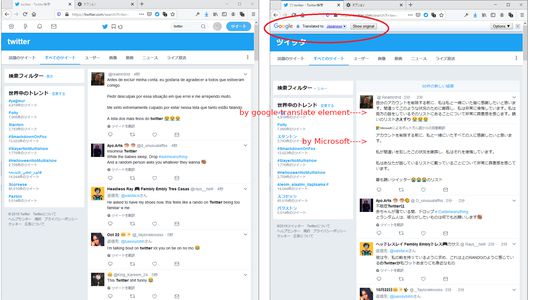 Many features rely on the HTML format of Twitter. It may not work if the HTML format changes. Many features are only working in the HTML that created them, and future behavior is not guaranteed. So don't complain about this even if you recently installed this addon and some features didn't work or suddenly stop working. This kind of review by people who don't understand how it works is really annoying.

Open Twitter on the sidebar. If you open the context menu on a link in your Twitter page, open that link in the sidebar.
Search the selected character string or page URL with Twitter.
Tweet by citing the selected character string, page title and page URL.
Insert a style sheet on the page of Twitter.
Expand and display a partially displayed URL.
Expand shortened URL (https://t.co/) and replace link.
Translate tweets.
Load new tweets regularly.

Please make a donation through Kampa!, Amazon (recipient Email: heyxedjn@kampa.me, You can donate a minimum of 15 yen (15 cents)) or PayPal.Me.

Restore the layout of the Twitter screen display to the original old design.
You will need to reload (override cache) the page. You might need to re-login to Twitter. Try turning on the "Reload the page when add-on's state changes" option to easily switch between the old and new layouts. Don't rely too much on this add-on, as it may stop working if Twitter changes something.

This add-on only fakes the user agent to IE 11. This makes Twitter to return the HTML, CSS and JavaScript optimized for IE 11. The HTML layout just happens to be the old layout. Since they are HTML and Javascript for IE 11, naturally there are parts that do not work as expected in Firefox. In other words, the old layout is not completely recovered. So don't make big expectations for this add-on and don't complain about it not working as you expect. Accept the current functionality as it is or uninstall the add-on to reduce your stress.